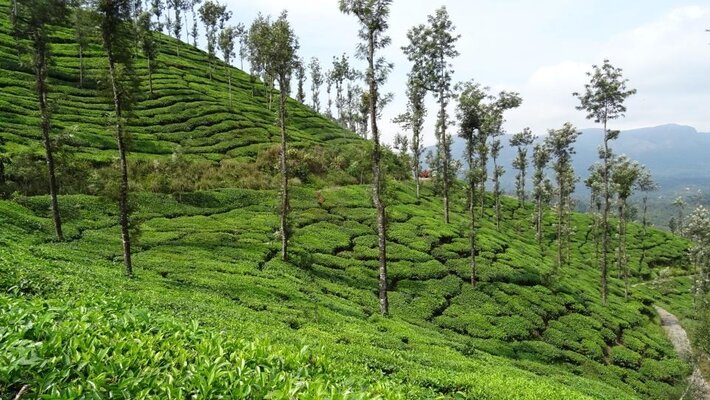 Karnataka consists of several places as tourist hubs that offer different attractions for tourists. The significant tourist spots are Coorg hill station, Saklespura, Mysuru palace, Hampi heritage site, Gokarna, Jog Falls, Nandi Hills and several less explored places like Mulki, Dandeli, places near goa border of Karnataka.  These are some of the places I know which can bring you joy and the perfect getaway if you are tired of the city hub and want to relax for a while. I hope you schedule your trip to these places when you visit Karnataka. Here are the brief details of some of the places mentioned above 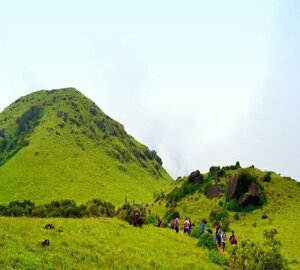 Coorg is the perfect place for a short getaway in Karnataka as it lies 1525m above sea level. The hill station is quite known as Scotland of India, it is also known for its coffee plantations, and a favored summer retreat to the state. The mesmerizing landscape, waterfalls, green hills and even coffee, tea plantations make Coorg ideal for trekking, camping, touring and it is an utter experience for all nature lovers.

The local clan is known as Kodavas, they are specialized in martial arts, hunting skills and distinguished for their keen hospitality.  Madikeri is the capital of the Coorg district and another famous hill station is Saklespur which is not too far from the Coorg district. 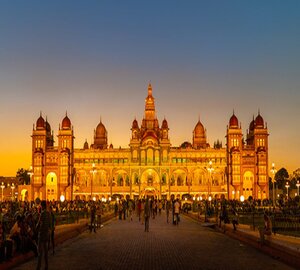 Mysore is one of the classical cities and the second largest in Karnataka, it is one of the very few cities that has managed to maintain its traditional charm. It is known as the city of palaces as it consists of numerous tourist attractions that include impressive palaces, heritage structures, museums, temples, gardens, etc.

Mysore Palace, Chamundi Hill Temple and KSR dam are the most popular places, there are places where tourists can enjoy the backwaters of river Kaveri in and around Mysuru. As per the ancient story in the mythological Devi Purana, Mysore was dictated by the demon-king Mahishasura. As a result, this place came to be known as Mahishuru, which later became Maisuru and Mysore. Mysuru is located at a distance of 140km from Bengaluru and Mysuru is known to be one of the cleanest cities in India.

Gokarna is a replica of Goa, the beaches in this town are fantastic and were awarded as one of the top cleanest beaches in India, tourists can also indulge in a few water sports at the beaches and go pubbing that’s available near the coast. 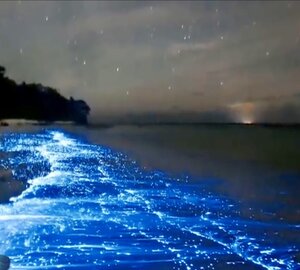 Gokarna is a small and less populated town situated in the Uttara Kanada district of Karnataka. It is around 60 km from the Karwar rail station. This place is of the best tourist places in Karnataka due to its quiet ambiance. the trip surely will be incomplete without a visit to the famous Mahabaleshwara temple and Om beach. Gokarna is a replica of Goa, the beaches in this town are fantastic and were awarded as one of the top cleanest beaches in India. Tourists can also indulge in a few water sports at the beaches and go pubbing that’s available near the coast.

While being a spiritual town, Gokarna also appreciates its beaches as you can find beautiful beaches nearby, with beach view accommodation and modern eateries. The five famous beaches are Om, Kudle, Gokarna, Half Moon, and Paradise Beaches. Gokarna is one of the prime spots in India to see the bioluminescent phytoplankton, nighttime you can witness it and it is advised to travel during the new moon as moonlight might hamper the sighting. 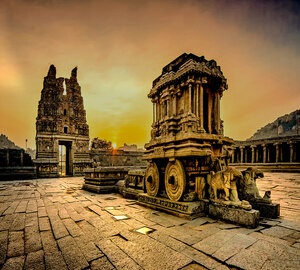 Hampi is one of the renowned UNESCO World Heritage Site, it has located at a distance of 340 km from Bangalore. The place is a home to several historical monuments and the Vijayanagar Empire.  It is one of the best tourist places in Karnataka which you should not miss during your visit to the Southern part of India. The most popular visited spots in Hampi are the Hampi Bazaar area and the Royal center near Kamalapur. Hampi is an extremely famous place in terms of history and architecture. Hampi was the capital of the Vijayanagara Empire and was an integral part during its time. They had created a large army to protect it from other kingdoms. In addition, Hampi grew as a trade center for cotton, spices, and gemstones. During the 15th and 16th centuries Hampi was one of the richest and largest cities in the world. 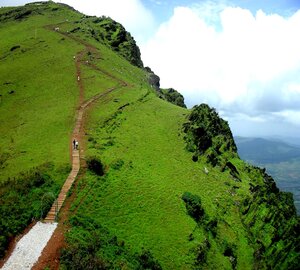 Chikmagalur literal translation in Kannada means The Land of the Younger Daughter. For travelers who love the fragrance of freshly fermented coffee in the mornings, this place is going to be blissful, as it has a perpetual smell of coffee lingering in the air. Chikmagalur is located on the foothills of the Mullayanagiri peak of the Western Ghats, the city attracts travelers from in and around Karnataka for its peaceful and pleasing hill station climate, tropical rainforest and coffee estates.

It is popularly known as the Coffee Land of Karnataka. The first time ever the coffee was cultivated in India was in Chikmagalur. A Muslim saint Baba Budan was who brought coffee seeds from Yemen around 1600 year and later, during the British era, they took control over the plantations and started selling coffee and tea. Few other top spots near Chikmagalur are Kudremukha, Kemmanagundi, Beluru and Halebedu.

Peak Season: Throughout the year, less likely during summer