“The sight filled the northern sky; the immensity of it was scarcely conceivable. As if from Heaven itself, great curtains of delicate light hung and trembled. Pale green and rose-pink, and as transparent as the most fragile fabric, and at the bottom edge a profound and fiery crimson like the fires of Hell, they swung and shimmered loosely with more grace than the most skilful dancer.” -:-Philip Pullman, The Subtle Knife

Witnessing the northern lights is a life-changing bucket-list experience that many people wait for years. To watch this beautiful celestial phenomenon dancing up in the sky, the conditions must be ideal for this spectacular display to occur. Without a doubt, it is a once-in-a-lifetime experience, but there are some unsolved mysteries about this beautiful celestial occurring that most people are unaware of. 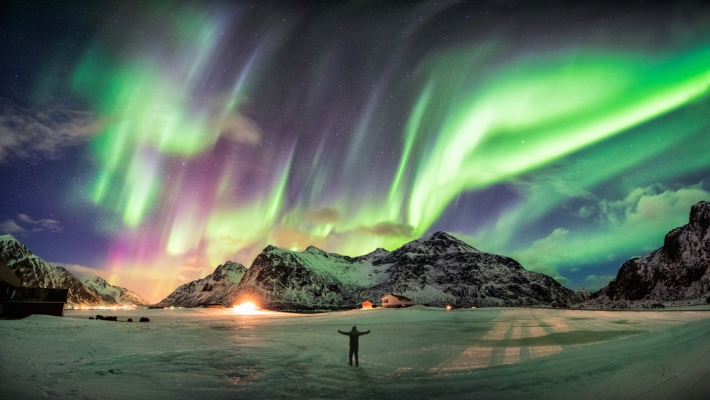 It's no surprise that you've must have heard of these Northern Lights which has influenced folklore and stories throughout the ages.

Consider looking up at green, red, and purple lights flashing across the sky. certainly captivating &  scary? Isn’t it.

We now know the scientific explanation for the lights, but back in 2010, stories were painted out as it emerged from the bridges to the afterlife, as well as dangerous monsters and warning signs. 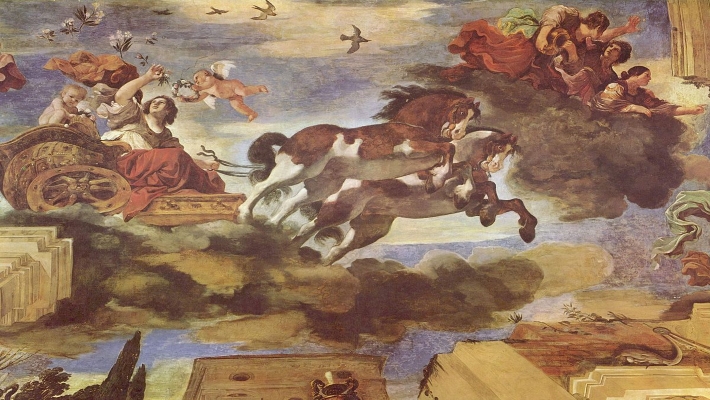 The Northern Lights inspired some of the most dramatic Norse myths. Stories are told the lights were celebrated by the Vikings, who believed they were earthly manifestations of the gods they worshipped.

Other Norse people feared them, creating superstitions to protect themselves and telling stories about the dangers they posed.

The Nordic countries of Northern Europe and the North Atlantic are the source of these Norse myths and legends.

The pulsing, glowing 'Bifrost Bridge,' which led fallen warriors to their final resting place in Valhalla 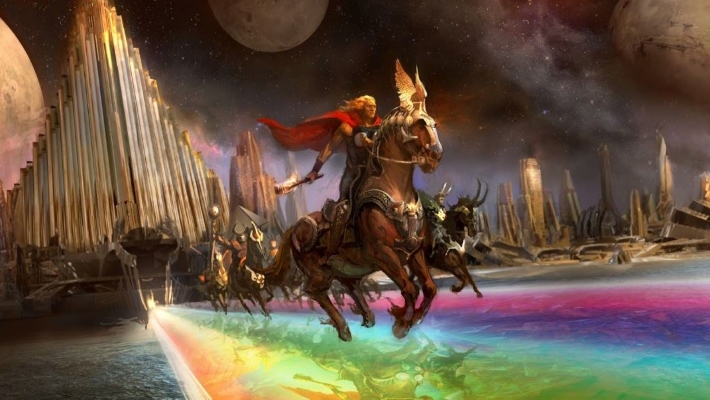 Odin was Asgard's chief god and ruler, and all Vikings revered him.

They thought he lived in Valhalla, preparing for Ragnarok, a series of events that would bring the gods to an end and reset the world.

According to Viking legend, Ragnarok was predetermined and would be Odin's greatest battle, so he needed the bravest warriors by his side.

A Sinister Interpretation By the Souls of the Dead 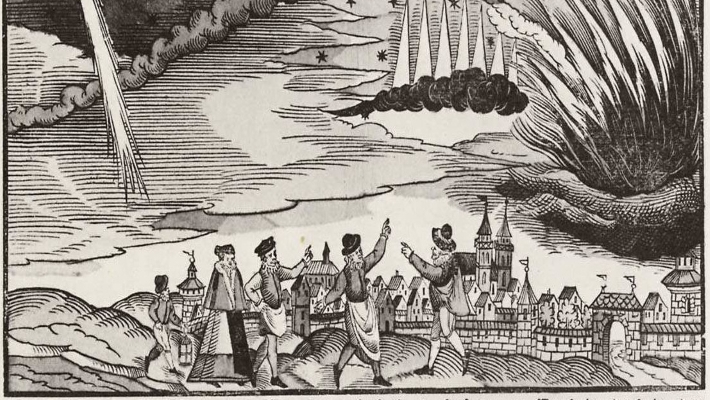 Waving, whistling, or singing beneath them was considered to be dangerous because doing so would draw the lights' attention, and if you did, they might reach down and lift you into the sky.

A more sinister interpretation suggested that the lights could reach down and sever your head!

To this day, many sami remain indoors when the lights illuminate the sky, just to be safe.

There is  a Saying that Mystical Fire Foxes created the “Aurora” 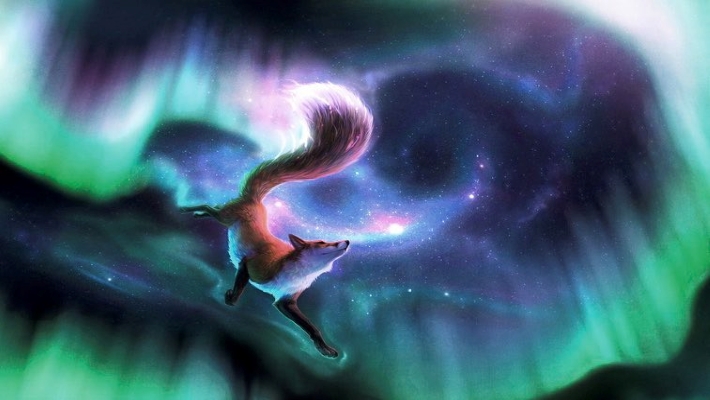 The name of these bioluminescent lights in Finland is revontulet, which comes from the beautiful myth that Arctic Foxes produce the Aurora.

Stories were told like giant fire foxes would fly through the sky so fast that when their large, furry tails brushed against the mountains, sparks would fly up while lighting up the sky.

There was a certain belief that the Northern Lights were thought to help relieve the pain of childbirth in Icelandic folklore, but pregnant women were not to look directly at them or their child would be born cross-eyed, whereas in Greenland, people supposed to believe that the lights were the spirits of children who died  in childbirth, dancing across the sky. But in Norway, the Northern Lights were thought to be the souls of old maids dancing in the heavens and waving to those below.

The Cyclical Nature of life 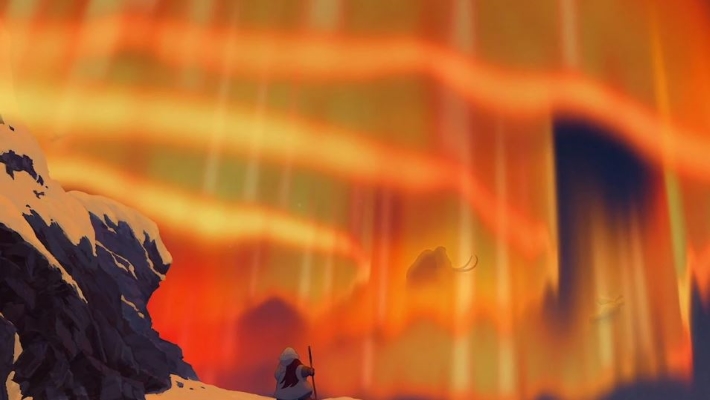 Some Native American legends depict the Northern Lights as torches carried by spirits tasked with leading the souls of the recently deceased across the abyss to the land of brightness and plenty.

They believed the Northern Lights made a whistling sound that humans should respond to with whispers to communicate with them.

The Eskimo tribes believed they could summon the Aurora to communicate with their ancestors who had died.

Cree Indians were firm believers in the 'circle of life.'

They also believed that the lights were a way for them to communicate with their ancestors, and that dogs barked at the lights because they recognised their long-lost companions.

The transition of colors to deep, reddish hue: Bloodshed Omens

When the aurora borealis appears further south in Europe, the lights frequently take on a deep, reddish hue.

It would explain why many people in continental Europe thought the Aurora's dancing, blood red streaks were a bad omen.

When the lights appeared in the skies above Europe as an ominous, crimson presence, they were frequently interpreted as a portent of war or other dangers. 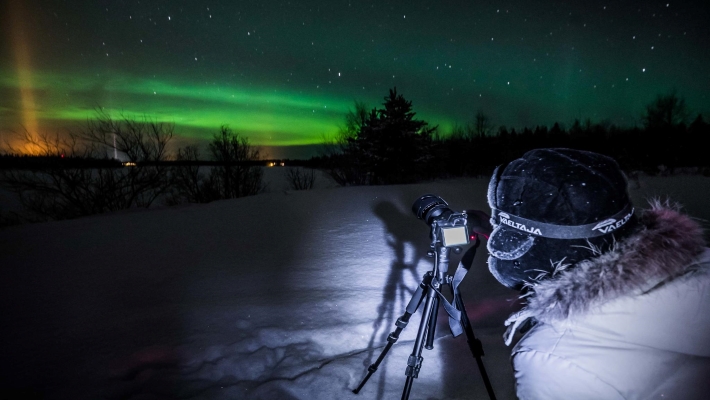 "Believe what you see, not what you hear," as the saying goes.

There are many stories about this beautiful sight scene, but today, this beautiful nature bioluminescence has attracted thousands of tourists from all over the world.

Aurora Boreallis is now one of the most anticipated tourist destinations in the world, and why shouldn't it be? 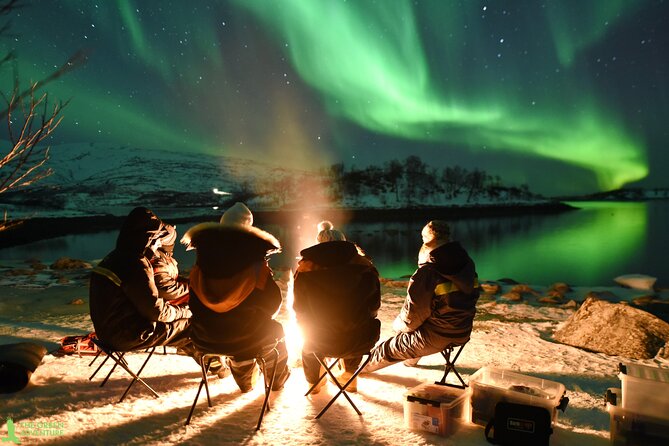 During the winter, this beautiful colored ballet dances up in the sky above the snow-covered land.

Who wouldn't want to see this magnificent celestial phenomenon at least once in their lives?

The best location for this scenic view is thought to be Iceland, as well as some other areas where the northern lights are scattered. Photos do not do the Aurora Boreallis justice; to fully appreciate its glory and grandeur, you must sit beneath the ever-changing lights and watch them curve and curl, slither and flicker.

5 Offbeat Beaches You Must Visit