Future of Cryptocurrency Market in India 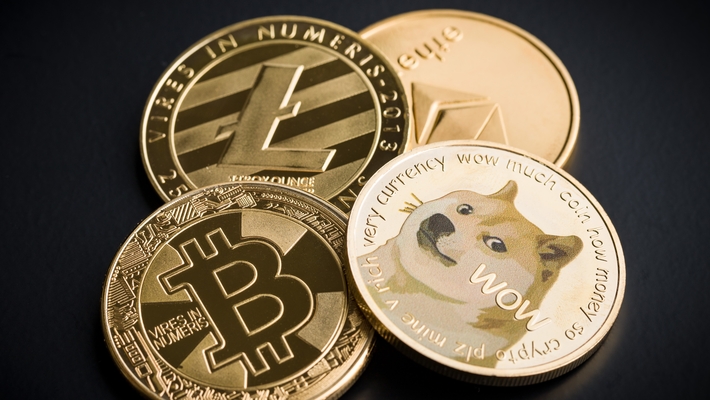 Cryptocurrency has been already showing potential to replace traditional fiat currencies and transform the financial services landscape despite being around for less than a decade. They have brought a new breed of digital assets with unique characteristics that has not been seen in the prior generations of technology. In terms of capitalization of network size, Bitcoin and Etherium are some examples of largest cryptocurrencies till date.  Some of the driving forces behind the crypto market today are low interest rates being shifted into fintech-powered alternatives finance, the birth of P2P crowdfunding and social networks, and the emergence of a new Crypto taxonomy of financial products, among others.

Furthermore, to fix its perceived flaws in areas such as privacy, transaction speed, DNS resolution, proof-of-stake, among others, alternative cryptocurrencies also known as altcoins were also launched. Today, the cryptocurrency market looks very promising and the popularity is rising significantly across the globe today, wherein, some have either created their own national cryptocurrency or are planning to launch one.

Gathering numerous opinions from countries all across the globe, Cryptocurrency has been the most talked about thing in the field of finance, technology and law. There are diverse laws when it comes to Cryptocurrency in various countries. For instance, Italy and Japan have accepted it as a form of payment, while countries such as Saudi Arabia, Taiwan and China have completely banned the use of cryptocurrency. The major reasons why crypto currency is not being accepted in totality are factors such as its deentralized nature, volatility, money laundering and terrorism, taxation issues etc. However, there are various benefits of Cryptocurrency as well. For example, cryptocurrency makes the transactions easier, faster and require less or no additional transaction fee. This is due to the reduction of middlemen involved. Also, it ensures confidentiality as Cryptocurrency exchanges are unique between two parties. Furthermore, as Cryptocurrency is at the center of technology, it is more accessible than the banks on a global scale; thereby paving a way for opportunity for underprivileged people to establish credit.

Regulation of Cryptocurrency in India

India saw a massive growth in the cryptocurrency exchanges due to the gradual growth of cryptocurrency across the globe. The regulators and authorities began to take notice of a wide base of users and the massive popularity of the crypto-market. Therefore, in 2013 the Reserve Bank of India issued a press release to make the public understand the dealing in virtual currencies including Bitcoin. However, due to demonetization, gates were opened for massive transaction volume of currency volume in 2016. And because of this, the industry was hit hard with the loss of both banking facilities and reduced transactions. The members of Internet and Mobile Association of India (IMAI) who also carried out cryptocurrency transactions among each other filed a petition in the Supreme Court in 2018 so as to overturn the RBI circular. They stated that the RBI had no powers to impose a ban and that the cryptocurrency was more on the lines of a commodity.

Albeit, the situation changed on March 4th 2020, when the Government showed positive interest in the Cryptocurrency Industry. The industry again started witnessing a steady growth. However, it didn’t last long. In the news report of June 12th, 2020, the government again stated about their plans to issue a ban on cryptocurrency by introducing a stringent law. As per the report, the Finance Ministry for inter-ministerial consideration for Banning of Cryptocurrency and Regulation of Official Digital Currency Bill, 2019 was in the works to effectively ban cryptocurrency once and for all and decimate the industry. The bill would effectively prohibit the mining, selling, holding, trading, issuance, disposal or any utilization of cryptocurrency in the country. Government act was in respect to the fear of being unable to regulate the crypto market which has high risks when it comes to money laundering and the volatility of the market.

A Renewed Glimpse of Hope

In the recent report, the Government is expected to set up a new panel for Cryptocurrency which is said to help bitcoin, dogecoin, and other investors. According to some experts, once the crypto exchanges embrace governance and investor protection guidelines, which are associated with stock exchanges, risks associated with volatility can be addressed fairly.

The crypto industry is positive about the reports that the Government of India may soon set up a new panel to work upon the Cryptocurrency regulation in India. Though there are a lot of uncertainties around the future of cryptocurrency in India, the players in the segment can hope for a positive feedback from the Government of India.  However, till now, the government has not clarified on the setup of the new panel, as there were previous reports, wherein, government were intending to introduce laws that will completely ban cryptocurrency trading in India.

The government’s interest in cryptocurrency has been disappointing even during the Parliament discussion for the future of the crypto industry in the country. Hence this latest report on the regulation of the cryptocurrency sector has provided a reliable hope to all players in the crypto sector.

According to Avinash Shekhar, Co-CEO of ZebPay,” The government setting up a panel will be a step in the right direction. We believe that the government will consult with all stakeholders and take a calibrated approach in regulating cryptos in India and ensure all investors who have invested in cryptos are protected.”

Sharat Chandra, Blockchain Expert, IET Future Tech Panel stated, “The crypto community has always spoken, in unison, about their willingness to be regulated. In the absence of regulation, the cryptocurrency industry stares at an uncertain future. Once crypto exchanges start embracing governance and investor protection guidelines, meant for stock exchanges, risks associated with volatility can be fairly addressed.” Chandra also addressed by commenting on the recent bloodbath in crypto markets, which frightened many of the first time crypto investors. Hence, raising concerns about investor protection.

“There has to be a well-deﬁned regulation with respect to cryptocurrencies. Regulation with adequate investor protection and compliance would augur well for the crypto industry. It remains to be seen how the newly constituted government panel views digital currencies- as an asset class, commodity, utility or otherwise,” he added.