6 Mindblowing Ways AI is Defining the Future of Movie Making 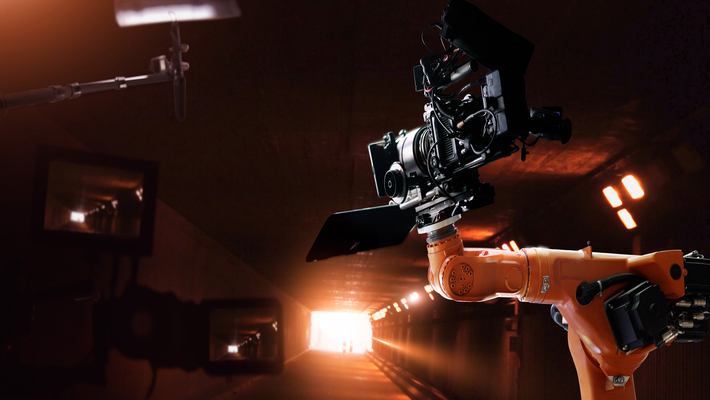 Today, technologies have become the most essential entity, irrespective of industrial domain. And, one of the most anticipated and talked about technology has been the Artificial Intelligence. This technology has been surely taking the world with a storm with the recent advancements that are being taken place.

With these advancements, AI is also seeing a widespread usecases when it comes to film industry today; ever since IBM Watson adopted Artificial Intelligence in creating a dramatic movie trailer for the film Morgan, the film-making industry hasn’t been the same. As many a technology providers are coming up with new ways of integrating AI platforms today, it was quite evident it would steadily make its way to the entertainment industry as well where film-making offers the perfect area, where one can further explore the future roles of artificial intelligence.

Hence today, right from pre-production, production to the post-production stage, film professionals can leverage AI in multiple aspects of filmmaking.  This technology has proved to be significantly beneficial in easing almost every task involved in the film industry.

Here are six ways AI is defining the future of movie making:

Utilizing computers for script writing has been gaining quite the prominence in Hollywood today. The advancements in Machine Learning and Artificial Intelligence are being utilized to create new scripts and also write synopsis and character names for already released movies.

A machine learning algorithm is fed with tons of data in the form of multiple movie scripts, for generating a new script.  It can also be used in case of a book that needs to be adapted into a movie. Also, it can analyze story to sort the story in a book to come up with its own version of a script containing important events in the story.

Furthermore, AI capabilities can also be used to analyze individual scripts which will be later produced into a movie.

One of the most challenging part of film making is pre-production tasks. From scouting locations, casting actors, and other tasks such as planning the shooting scheduling, among others. Hence, coming to the fore, AI can significantly help in streamlining the processes involved in pre-production; for instance, AI can help plan schedules for shoots and other pre-production tasks. Also,  it can easily plan the schedule accordingly by analyzing the dates available for various actors.

With the help of AI today,  film makers can add actors in movies digitally. Which means that, the algorithm can be fed with tons of data describing the facial features of actors in various emotions. Hence, these data can then prove useful while overlaying the digital face of the actor on a body double, thus keeping the expressions of the actor unadulterated.

Today, with so much of competition, it has become crucial that the studios create trailers that compel the audiences to watch the movie in a theatre. Hence for this,  AI can be leveraged to assist editors in creating trailers for movies, where one can  can understand areas of high action or high emotions and highlights them for a human editor to create the final trailer.

Promoting a movie is equally crucial as the production of the movie. The marketing and promotion methods that aare being used clearly defines the success or the failure of the movie. So today, AI is being extensively used in promoting the movies to ensure that the movie is a box-office hit. AI technology is being leveraged today to carefully analyze the audience base, the actors popularity, and also the hype that surrounds the movie. With the help of AI, movie studios can then plan their marketing campaigns with respect to the regions where they expect a higher ROI.