Things to Know About Tokyo Olympics 2020 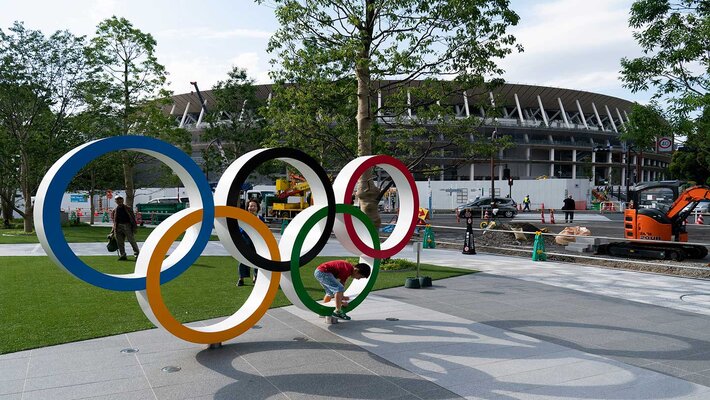 While the Olympic Games have been going on for over 100 years, they haven’t always been the same. New Olympic sports, events, and medal opportunities have been included and removed over the years of the competition and the 2020 Tokyo Olympics will be no different.

The prestigious competition which is scheduled to kick off in less than three days amid growing Covid-19 concerns will have a record 33 sports, including five new Olympic sports. This totals 339 medal events along with 42 venues. Out of the five new sports, four will be featuring for the first time in Olympics.

The surplus of events for the Tokyo Games not only assists the further innovation to the program, but also encourage general equality by increasing the number of women’s or mixed-team events.

The 2020 Summer Olympics are being held in Tokyo, Japan, July 23 to August 8. Most venues among the 42 venues are located in the city and spread across two main zones, the inland Heritage Zone and the Tokyo Bay Zone located on the water.

Sixteen various venues across the country will also host events, including Sapporo, which is located 500 miles to the north. This city will host the marathon and racewalking due to concerns about Tokyo’s summer heat.

The Olympics, that is being hosted in the Japanese capital city of Tokyo, will be conducted as per the Japanese time. The time zone in Japan is 3 hours 30 minutes ahead to the Indian Standard Time. Most of the matches in Japan will start at around 9 AM in the morning, meaning in India it would start at 5.30 AM. You have to wake up that early so you do not miss out on all the action.

There is a possibility that fans may attend in venues outside of Tokyo, but it is not yet decided, hopefully fan can attend these games as it will be a better sight to the events as well as the players in the ring.

3.Fans at the Tokyo Olympics

The Tokyo 2020 organizing committee notified on July 8 that no fans will be allowed at venues after the country announced a new state of emergency that will run through August 22, two weeks after the end of the games. There is a possibility that fans may attend in venues outside of Tokyo, but it is not yet decided, hopefully fan can attend these games as it will be a better sight to the events as well as the players in the ring.

The opening ceremony of the Tokyo Olympics and the competitions will be aired live on Sony Sports Network. The games will also be shown live on Doordarshan as well. For online streamers, it will be live on Sony's digital platform Sony LIV.

If streaming is going to be your go-to for the Olympics, here are a few other options that can be used:

5.New Sports at the Tokyo Olympics

Four new sports are debuting at the Tokyo Olympics that are surfing, skateboarding, sports climbing and karate. Baseball and softball will return after a long gap of 13 years that is, since the 2008 Olympics in Beijing. Baseball has a massive fan base and prominently played in Japan. The Nippon Professional Baseball league is known to be second only to Major League Baseball in talent. It’s not a big surprise that the sport made its way back into Tokyo Olympics after a 13-year Olympic hiatus. New events in existing sports such as 3-on-3 basketball, freestyle BMX Madison cycling will also feature in Tokyo Olympics 2020.

Mind-Bending Movies to Watch in the Weekend

How Camera Angles can Affect a Movie?