How Camera Angles can Affect a Movie? 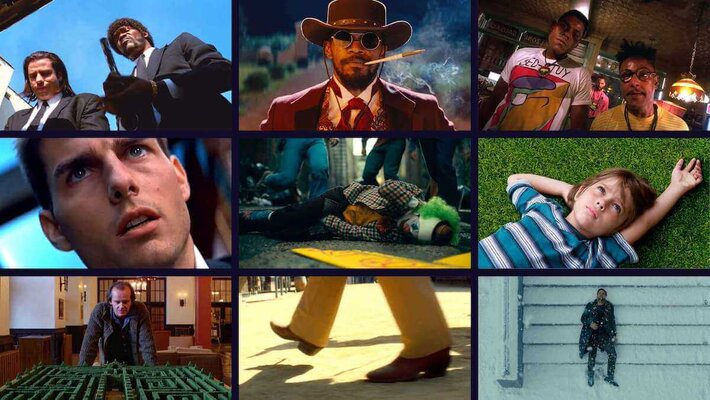 Visuals, text, audio, and video all need to work together like a cinematic masterpiece, complimenting one another so that your learners stay riveted to the screen. Using numerous cinematic methods is a fantastic approach to construct a narrative that flows.

Let's take a look at some of the most typical camera angles in movie sequences, and how they can create different perspectives:-

1. Lilt and Pan –
These are two of the most typical camera motions that you should become familiar with, and you may execute them with the help of a tripod. These two camera movements are frequently employed to show components of a scene, such as an environment, a character, or a living room that has just been robbed. The purpose of the pan and tilt is to direct our gaze and attention to a certain part of the scene. Another typical application of these two movements is to follow characters as they walk across a scenario. This can also be accomplished by tracking, which we'll discuss further later.

2. Crane Angle –
These shots follow the movement of characters through a scene by moving the camera side to side. You might be tempted to believe that the pan and tilt have the same impact as the track and crane, but they have two quite different effects on the image. The distinction can be minor or significant. Crane shots are commonly implemented to help us better understand the scene. To tell a story, it works best when combined with excellent production design. For example, if the camera is craned upwards immediately after an automobile accident, the scene's frightening impact is considerably amplified when more of the incident is brought into the frame. On the other hand, we could start with the camera high above the same crash site and crane down onto a paramedic fresh out of college, who is looking in shock at the tragedy of the situation, allowing us to tune in to what they are feeling at the time.

3. Zoom In and Out Angle–
The zoom effect is created by a zoom, it enlarges what's in focus, which is usually the character, without altering the viewpoint of the rest of the scene. The background, on the other hand, is compressed, drawing your gaze even closer to the subject.

4. Low Angle –
When a character is shot from a low angle with the camera staring up at them, they can appear larger-than-life, powerful, or important. A character who is intended to be larger than other characters in the scene is typically photographed from a lower perspective.

5. High Angle –
Shooting a figure from just above eye height and facing outwards can give them a young appearance, make them look innocuous, or make them appear obedient to another figure in the scenario.

6. Character Development –
When creating a character who is dealing with life's challenges, you can consider using these techniques to show the audience where your character is in existence. Filming a point of view with the lenses marginally above the camera implies that the topic is minor and unimportant. If the subject is in dialogue with someone who was shot at a little lower angle, it might also convey a lower station.

The cameraman must pick which angle is appropriate for expressing the movie's intended concept and emotion for each image. However, the decision of which combinations of camera angles best portray your view of the subject becomes much more complicated. When you're watching a movie, look at it not only for episode durations, narratives, and editing but also for the important ways filmmakers use design and viewpoint to elicit sentiments for the characters. Different perspectives can influence audiences to convey how they should embrace a character's participation in the movie.

The Rise of Marvel E-Sports Field