As you are all aware, men's hockey is already in full swing in Odisha, the land of Lord Jagannath, right now. The stadiums assigned for the hockey World Cup matches are Bisra Munda International Hockey Stadium in Rourkela, which has a seating capacity of 20,000 sports fans, and Kalinga Stadium in the heart of Odisha.Now, my question for all media and journalists is, if hockey is considered India's national sport, why is it not widely promoted?

Cricket fans and aspirants outnumber those of any other sport in the country. What I believe is that as Indian citizens, we must recognize the value of hockey in our country and feel patriotic toward it.

Learning a game purely relies on someone’s passion, yet knowing what’s occurring in any game and bringing it up as a common topic is in our hands. That’s the way a game can be publicized. In the case of hockey, the interactions are very limited, and they should come to light.

Adding about the history – Hockey was first played in Calcutta in 1885 and popularized by the fortunes of being in a port city and proximity to East India company head office.

How the stadiums have prepared for the world cup? 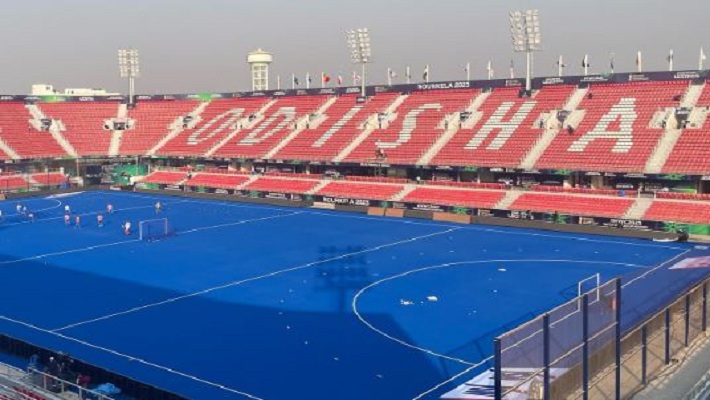 Rourkela Stadium—the international hockey stadium in Orissa—was recently completed with all the construction works. The foundation stone was laid by the chief minister of Orissa, Naveen Patnaik, on February 16, 2021.

Ahead of the hockey world the international hockey federation had given a deadline to finish off all the proceedings before the game begins. On account of this, workers migrated from various states and arrived in the state, where they worked several shifts. Because of their effort and the support from the state, the stadium was ready to play less than three weeks before the game was scheduled.

Additionally, for the sake of player’s facilities such as accommodation, practice pitch & swimming pool is located in close proximity. Even with regards to security CCTV installation and other arrangements, they have already been made on time.

Also, the Kalinga Stadium in Bhubaneswar is the other venue for the World Cup. The place has hosted many games and witnessed great victories. In contrast with the Rourkela stadium, the Kalinga is all set to go. Let us expect more exciting moments from the Indian team.

India has done with two matches altogether. The first one played against Spain which resulted in (2-0) and the second match with England in Rourkela last Sunday and ended up in draw. It was a close encounter.

Both of the teams have played extremely well. It is really fascinating that both showcased their defensive skills and secured 4 points each. Going forward, India takes on Wales on January 19, which will be a crucial match for India. Boys have to rigorously play harder to directly qualify for the world cup quarter final.

Anyways, this is just the beginning gateway for Indian Hockey team, and we expect greater victories along the way. 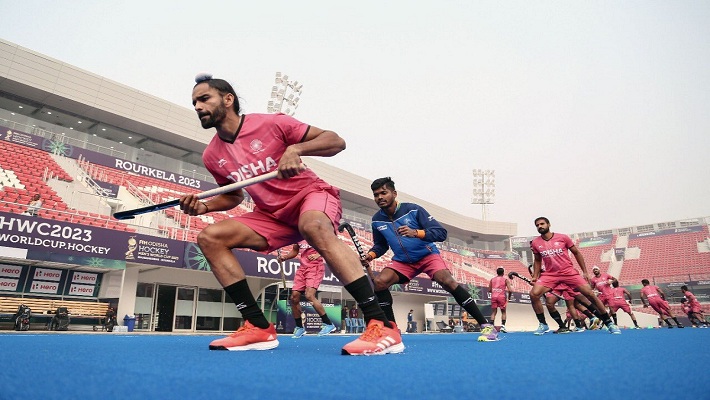 According to the head coach of the Indian Hockey team, as the game is happening in the home nation, it has extra significance and puts huge pressure on this event. Whatever the nation is, they pick the top team and try to give their team the best training they can. He also pointed out the preparation the team underwent over the last two months and the hard tour to Australia, which is currently ranked No. 1 in the world.

In addition to the above, the legendary hockey player Dilip Tirkey made a statement that the current team has quality players who have the potential to reclaim the trophy after a long gap of 47 years.

The way I see it India haven’t had a bad start to the World Cup so far. A great win over Spain was followed by a draw against England. However, the draw doesn’t demotivate the players; instead, it boosts their confidence for the upcoming games, and they will make every effort to prove their potential.

Undoubtedly, the team has great talents and has the capability to lift the trophy in this ongoing world cup. They have to treat every game as a fresh one and showcase their skills at the right time, which will lead to a breakthrough.

Taking everything into account, as per other games, hockey doesn’t have a huge fan following and due to less media involvement, journalist’s great players are not getting noticed either, and maybe that’s what is lacking in the national game of India. I think it is high time now and the higher authorities in sports should come up with initiatives to strengthen hockey in all aspects and attract young blood to enter this sport.

A Retro Game of the 90's: Super Mario