Chess is the oldest surviving board game in the world. Mankind has been able to play and preserve the tradition of playing Chess for well over 5500 years now (different dates put forward by several scholars). While it is generally claimed that Chess originated in India, depictions of games identical to Chess with actual remains of a few chess pieces have been unearthed in many parts of the world from Archeological sites spread across Persia and India to China.

Fast-forward to 2021, Chess now enjoys global popularity with millions playing the game both offline and online – casually or over competitive tournaments. There are a ton of books and novels out there revolving around the theme of Chess written during the 19th and 20th century. With the rise of digital media many brave movie directors started taking up the daunting task of morphing the complicated concepts of Chess in movies, series and docu-series.

Here is a list of a few movies and series that are a must watch if you are a chess lover. The list is a mix and match of movies which are serious about the basic principles and theories around Chess, and it also contains shows which have Chess as their central theme but does not delve much deeper into theories and opening principles.

Can you believe the fact that American screenwriter Steven Zaillian’s – the Director and Producer of Golden Globe Award winner Schindler’s List and Oscar nominated movies Awakenings and The Irishman – his first ever feature film was actually about Chess! Titled ‘Searching for Bobby Fisher’ it was a touching story about a boy named Josh learning to play chess. Released way back in January 1993, the cast used in the docu-film was phenomenal at the time in their performance.

The film also managed to dig deep into some of the strategies and philosophies surrounding Chess, Perhaps more than any other film. 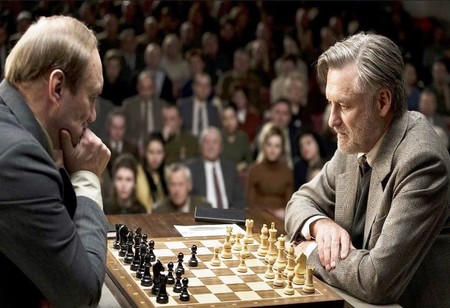 This is one of the hidden gems available in Netflix out there. Directed by Polish Cinematographer and screenwriter Lukasz Kosmicki – the movie take us to an alternate timeline in history right in the middle of the pressure-cooker situation of Cuban Missile Crisis during the Cold War times.

At the time when tensions are flaring hot on the political front between the Soviet Union and the USA, the US Chess champion and the Soviet Champion face off against each other in a best of 5 series. With the colors of Capitalism vs Communism painted already on the duel, the US champion unexpectedly dies creating chaos in the US camp. Team USA hastily picks a former grandmaster and eccentric math professor named Joshua Manksy played by actor Bill Pulman to substitute the diseased US champion.

With the eyes of the entire world glued to the television screens, what follows is a series of intentional draws played out by the drunk Math genius that averts the entire Cuban Missile Crisis.

Released in the month of October, 2020, right in the middle of the global Coronavirus Pandemic – this Netflix original series broke all viewer records out there, as it became the most watched Series of Netflix in the year. The Queen’s Gambit is single-handedly responsible for the re-awakening of Chess as the most popular board game after probably thousands of years. As a result of Queen’s Gambit online orders for chess sets sky-rocketed to an unprecedented 200 percent, and the number of active users in Chess.com also quadrupled.

Again, set during the Cold War era, the series follows the tragic life of a young girl named Beth Harmon who lost her parents in an accident. Raised in an orphanage, young Beth would play chess with the old Janitor of the orphanage who would end up being a father figure to her. The young girl prodigy in her quest to become the greatest chess player would find herself alone in a game dominated by men for the entirety of the series.

The series is a coming-of-age drama that revolves around the game of Chess based on Walter Tevis’s 1983 novel – “The Queen’s Gambit”. 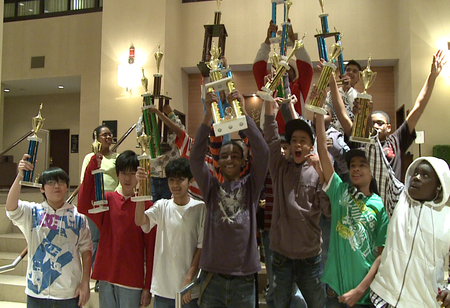 This is sort of a light-hearted and crowd-pleasing Chess series out there. Brooklyn Castle follows a group of chess enthusiasts at middle school. This is the journey of a team of middle school chess players that, against all-odds, became the best in the country. It follows the typical trajectory of a sports movie that culminates into a big end tournament – a story line that has been already featured thousands of times across many genres. However, Brooklyn Castle is deep enough and the performance is good enough to hit all the ticks in the box. 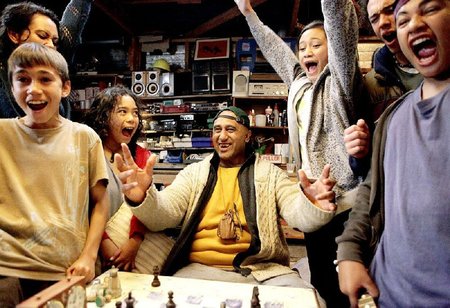 The Dark Horse is a Drama Film released in New Zealand, and it is easily one of the most underrated Chess movies out there. The film explores the true account of a brilliant Chess Grandmaster who losses everything due to his struggles with his mental health issues. Eventually picking himself up and completely recovering from his madness to become a successful Chess coach. The genesis of the story Potini teaches children about the rules of chess and a bit about life.

The Dark Horse is a touching story of homelessness, tragedy, mental health issues and triumphing over them eventually.