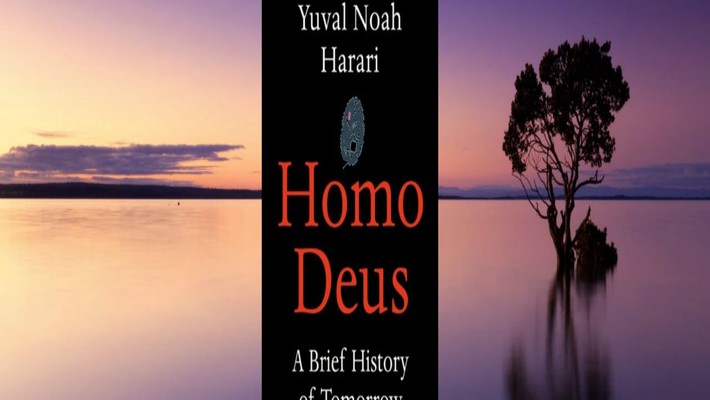 “This is the best lesson to learn history, not in order to predict the future, but to free yourself of the past and imagine alternative destinies” – Yuval Noah Harari, professor at the Hebrew University of Jerusalem and the author of the global bestseller “The Sapiens.”

A couple of years ago, I stumbled across a book named “Homo Deus,” authored by a Hebrew Historian and an intellect named Yuval Noah Harari. Little did I knew at that time that Mr. Harari had already written a global bestseller called “Sapiens” back in 2011 – a book that laid out the last 75,000 years of human history, with a remarkable conclusion that there is nothing remarkable about who we are and what we have achieved thus far. The book Homo Deus was only meant as a continuum of the previous book Sapiens. Having been a lover of history from a very young age and a post-grad from Social Science, the book Sapiens was an ordeal, to say the least, and I was quickly able to pick up on the Homo Deus book.

As Ironical as it may sound, we live in an age where we are more likely to die of suicide than war, obesity than starvation, and old age rather than poverty. Never before in the history of humankind individuals have had such a long-life expectancy. Diseases and human ailments have become a thing of the past (baring the latest Corona outbreak, which might still be a lab-created virus). This leaves us with the question of what next for humankind?

This is precisely what the book Homo Deus tries to answer. Yuval Noah Harari takes a unique approach to identify human patterns and tendencies that shaped the past to reflect upon the future. At the heart of the book is a chilling idea put forth by Mr. Harari. – human nature will transform during the 21st century as we are slowly witnessing the decoupling of intelligence from consciousness.

Today we are surrounded by technology, and we cannot imagine our lives to function normally without it. The book Homo Deus recognizes the dependence humankind has built on technology. We will not build machines any time soon that have feelings like us: that’s consciousness. Robots perhaps will never be able to fall in love with each other. But humans have already built machines that have vast data-processing networks – and that can predict our feelings better than ourselves: that’s intelligence. For instance, Google search engine– doesn’t have beliefs and desires of its own. It doesn’t care what we search for, and it won’t feel hurt by our behavior. But it can process our behavior to know what we want before we even know it ourselves. According to Yuval Noah Harari, that fact has the potential to change what it means to be human.

The book Homo Deus asserts that we humans have reached the pinnacle of our success and that we are not Homo Sapiens anymore. For starters, the word Deus is a word from the ancient Greek language, which means God. The evidence of this power may be concluded from the fact that we have learned how to manipulate nature and get past our worst nightmares to a large extent - wars and famines. The book states that we are in the process of data-driven transformation. The human race is moving so fast that it sometimes becomes hard to keep up with the pace of change.

AI and ML have completely transformed the world we live in today. Corporations and governments will continue to pay homage to our individuality, but to serve them, they will be invariably breaking us up into biochemical subsystems permanently monitored by powerful algorithms.

The future might be dominated by a biologically superior class of elites.

Yes, you read it right! This year alone, significant progress has been made in the research pertaining to anti-aging drugs. The book Homo Deus, published in the year 2014, had already predicted that in the upcoming decades, advancements in medicine and drugs would enable human beings to live as long as 130 to 150 years on average and reproduce up to the age of 65-70. However, given the world’s capitalistic system, Professor Yuval Noah Harari, in his book Homo Deus also warns us that only the rich elite few shall be the first ones to achieve the status of Homo Deus.

While it is sad to witness certain people of a specific ethnicity, race still being discriminated against in this day and age, even though all of humanity stems from a common Mitochondrial DNA that originates from Eastern Africa (disputed by certain scholars), Yuval Noah Harari in his book the Homo Dues warns us that in the future, there might actually be a superior race of human beings who would have the resources (wealth & power) under their disposal to genetically engineer their genes so as to live a long and healthy life. Not to mention the ability or power to selectively choose the desired genes for their offsprings as well.

To give you a perspective, there are already Cyborgs living among us out there. For instance, British citizen Neil Harbison is recognized as the world’s first cyborg. He has an antenna implanted into the skull that gives him access to something he was born without the ability to perceive color.