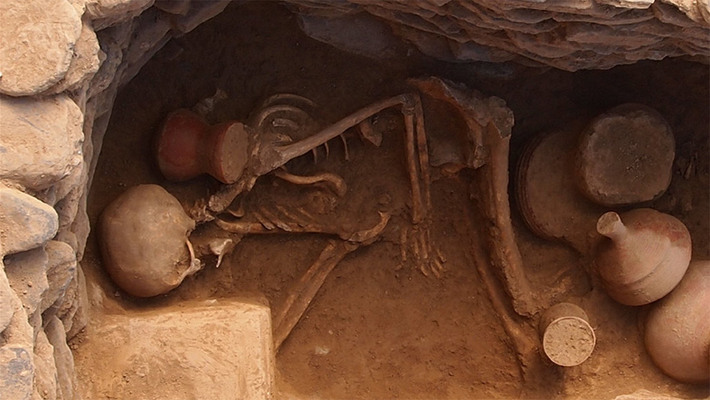 The Genomic revolution is well underway, and research on ancient DNA samples are revealing a human history far more complex than anybody had ever imagined.  Genetics as a discipline, have long studied present day populations to take a peek into the past. Recent advances in Ancient DNA technologies are beginning to shed new light, and has forced us to re-write human history.

Back in 2018, World renowned American Geneticist David Reich published two papers where over 600 genomes from ancient European skeletal were derived.  One of the samples includes a 40,000-year-old Neanderthal bone procured from a cave in Croatia. The bones were so well preserved that it yielded enough DNA for sequencing. The results were shocking!

The DNA showed clear signs that Neanderthals and Homo Sapiens were inter-breeding thousands of years ago. Contemporary ancient DNA studies from other parts of the world were also pointing out the fact that ancient humans were not only breeding with Neanderthals but other Hominid species as well such as Denisovan Man, Java Man to name a few.

Even more surprising was the fact that the people carrying the most Neanderthal DNA today are not in Europe but in East Asia! A fact which has puzzled historians, and the only likely explanation can be found in studying patterns of migrations in ancient humans from Eurasia in the thousands of years after Neanderthals died out. All this painted a very complicated and dynamic picture of human migrations. Since the very beginning, the human species have always been on the move, sometimes completely replacing or sometimes mixing with the local population.

In Europe for instance, ancient DNA samples belonging to the Ice age period and just after the Ice age started to retreat has identified waves of migrations into the continent, in which groups of people serially replaced, or nearly replaced, the entire local population. Ancient DNA samples from Europe (most studied continent), have depicted multiple layers of population replacement over the last 50,000 years. Between 50,000 to 39,000 years modern humans completely replaced or mixed with the native Neanderthal population. This led to the birth of a Hunter-Gatherer group in Europe that dominated the scene right up to the point in history where the Ice age started to recede back around 12,000Bce to 9500Bce. The time when the ice sheets started to recede, saw another great re-coupling in the continent of Europe. This time, streams of population that depended on farming as their main livelihood began to enter Europe from neighboring Anatolia, Turkey.

The mass movement of farmers into Europe completely replaced the hunter-gatherers with a small amount of admixture and some hunter-gatherer groups surviving in pockets. And, finally the most controversial genetically proven migration was the mass movement of Bronze Age weapon carrying, Chariot riding warrior class people from the Steppes that also brought in a distinct form of corded red ware pottery with them around 5000 years ago. Again, completely replacing the genetic marker of the Ancient European Farming population. Historians, Anthropologists, Linguists have postulated that it was the Corded-Ware Culture that stretched all the way from the Altai Mountains and Siberia in the East to the heart of Europe in the west was responsible for giving birth to all the present day European languages such as English, German, Norse, French, Latin dialects, Greek that we see today baring Finish.

The find was so controversial that it led to some German students to withdraw from David Reich’s University class back in 2018, fearing that the University was endorsing the ideas propagated by Nazi Germany. The idea that there is a superior race of human beings dubbed as “Aryans”. However, one should be careful to interpret history like that. Firstly, one should not confuse pots with people. A technology if proven to be handy could get adopted by various cultures. Secondly, the term “Aryan” in the ancient texts such as Zend Avesta and the Vedas only refers to only one specific group of ancient Iranian-Sanskrit speaking tribe from present day Afghanistan region that referred themselves as “Aryans” which meant noble in ancient Sanskrit and related Avestic dialects (Siberia and Afghanistan are approximately 2000 kms apart). Thirdly, the idea that a migrating group of people from the steppes waged wars and completely massacred a local population is a naïve one. With the recent advent of the Coronavirus Pandemic, many Historians, Linguists alike are pondering over the idea that perhaps disease was responsible for completely eliminating a native population every time a new populace ventured into Europe, which is the case with all mass migrations and not limited to the Bronze age alone.

Besides migrations, ancient DNA samples are also revealing a great deal of insights into the development of certain genetic features. Thanks to DNA sequencing and computer aided modeling, the face of a 40,000-year-old European hunter-gatherer was re-constructed. To everybody’s surprise the re-constructed ancient human was dark-skinned with a thick set of jaws – very similar to ancient Africans and present-day Polynesians. Therefore, it is safe to conclude that genetic features such as Fair-skin, Blondism, Blue, Green and Brown eyes developed much later among Europeans, most probably due to climatic adaptations.  Most importantly, ancient DNA studies have repeatedly proven that there are no distinct, pure, fixed race of human beings. We all are hybrids. Studying ancient DNA samples from all parts of the world will only enable us to paint a complete picture of the human race. Having said that it can prove to be a mammoth task for researchers as we have entered a phase in human history which is dominated by fake news, false propaganda and hidden political nefarious agendas.

Why AI and ML Certifications can be your New Game Changer

4 Reasons that will make you Swoon to Visit Sikkim