Participation Trophies: EVERYONE IS A WINNER!!!

Sometimes in life, we fail, we don’t get the thing we desire, the favourite game we want, the girl we love, or the running race trophy in the first-grade sports meet, the bike we want, or the lemon rice from the restaurant we like. Losing is an integral part of life in a world filled with competition, or as Charles Darwin dubbed it “Survival of the fittest”. We are all human, we feel anger, desire, the sadness of loss and various innumerable emotions which I can’t list out here. We need to come to terms with the fact that things are not always under our control, we lose a lot. Is there a remedy to this losing phenomenon? As of late, to encourage children and to protect their feelings, schools have started out handing participation prizes to all children saying “Everyone is a winner”. Is this the remedy to protect the feelings of children?

The Tantrum Of A Child

Imagine your child comes home one day with a trophy saying “Daddy I got a trophy”, and when you ask how they got it they’ll tell “They gave it to me for participating”, and you’ll feel happy and place it on the fridge where everyone can see. Imagine another child saying they got a winner’s trophy, they will not have the same reaction, when you ask them why, the answer will be along the lines of “It’s nothing special, everyone got it”. The frustration from a child unable to express themselves verbally with their meagre vocabulary is not a sight to behold.

The presupposition that a child’s feelings must be protected for their own good is outrageous, people have no idea how pernicious it is to the child’s development, protecting a child from experiencing basic human negative emotions at prima facie might seem like a good thing, but it is not, the perception of an adult depends on how he perceived various emotions during his growing years. The classic Sleeping Beauty is an example, the three fairies kept Aurora away from civilization to protect her, devoid of human contact for 16 years, and at the first sight of a human male she just runs away in fear, or the overprotected girl/boy sheltered in an extremely strict household only restricting them to their studies, and the moment they enter the adult world with their “new found freedom”, they descend into depravity and spiral with little to no chances of recovery, and this is a terrible sight to withhold for the guardians, leaving them with the question “What did we do wrong?”.

Expose them to Human Emotions

Back to the issue of participation trophies, yes children should learn the fact that there will be winners and losers, and the losers outnumber the winners, its ok for them to understand that they lose, let them cry, they are at the stage where losing is harmless, let them brood over it for a day or two. It will build the idea of a victor as a coveted position and it will be an immense honour, it is important to instil in them that things have value, and it will be a driving factor for them to seek greatness, the butterfly effect of a loss will drive them into levels of effort which is often astounding for the beholder, but when they are protected from the feelings of defeat and incompetence, they will grow up in an entitles fashion thinking they are the protagonist of a video game and the world revolves around them, and they will grow up disliked by their peers on various levels impacting their adult social life in many ways. Competition should be encouraged, yes, it should be encouraged in a healthy manner, and unhealthy competition has its own woes. As for the winner, they deserve special honour for the tremendous amount of time and work they put in to achieve the coveted position. The whole “Everyone is a winner” thing impacts winners the most, the fact that their efforts will not be valued is the most damaging realization they can come to and it will discourage them to put no effort, be it school or sports.

And I would like to end this by saying, it’s ok to let children lose in those sports meets or not top the class in mathematics, let them know their effort is proportional to what they receive, and at the same time let them know their effort isn’t the only factor which will give them the desired outcome, there are a string of events not in their control and the only thing they can control is the amount of work they put into what they are doing. Defeat is one of those things when taken as fuel can propel them to achieve greatness. 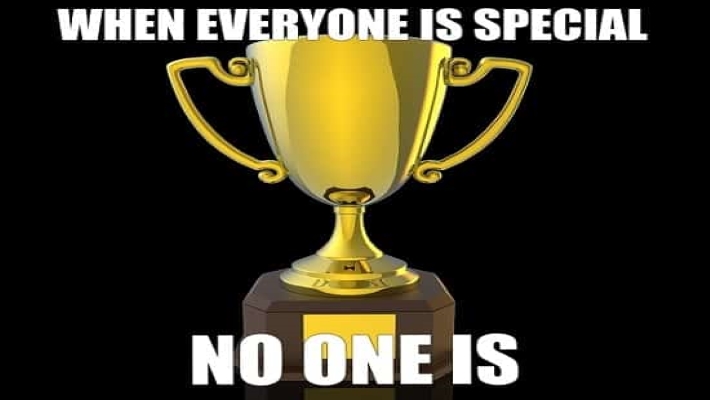 A Tea for every PersonaliTea

Cheers to New Hopes and Dreams: Warm Salutations to 2023