The food that the Mughals brought to this country and fashioned in their royal kitchens is a long cry from the original, traditional Mughal meal. Documented information on food from the Mughal era, including Ain I Akbari by Abul Fazl, Alwani Nemat from the Jahangir era, and Nuskha-i-Shahjahani, attest to the fact that their food was balanced and wholesome, prepared with a few spices and aromatic herbs, rather than being covered in sauces and spices. 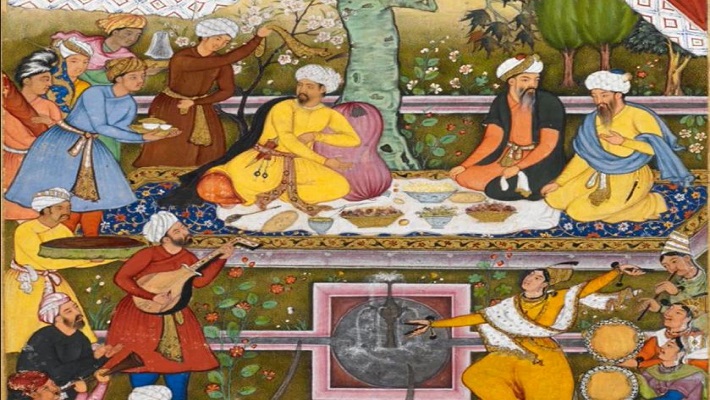 Meat and fish were cooked in their own juices to help them maintain their flavor back then when food was typically prepared on a "angeethi" or wood fire. Using aromatic herbs and nuts, food was made to taste unusual. The vibrant colors of the royal feast came from natural ingredients including saffron, beetroot, spinach, fresh fruit juices, and floral essence. 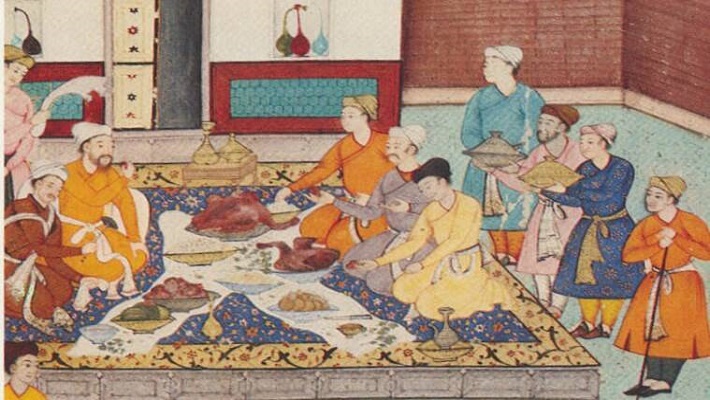 Cooks and hakims (medical professionals) worked together to carefully plan the meal while taking the royal family's health, temperament, and way of life into consideration. Food was usually prepared on "dum" to preserve the dish's flavor. Cooking methods that used smoking were also very popular. In other words, the cook tried to preserve the dish's flavor and scent until it was served.

The development of Mughal cuisine with influences from Afghanistan, Turkey, Iran, and Central Asia. After that, Indian chefs combined these influences with those of Kashmir, Punjab, Gujarat, and the Deccan. Using pasta and noodles to make "pulaos" and "aash" (soup), for example, are techniques from central Asia that were widely used in the royal Mughal kitchen. Iranian chefs also introduced the sweet and sour flavor by adding fresh fruits to meat and vegetable dishes, and Turkish chefs introduced mincing meat and grilling it over an open flame with basting. The word "qourma" was developed from the Persian word "khorush." The famed "biryani," which is still served on naan in India and is a highly traditional dish from Isfahan in Iran, was created by Indian chefs with layers of rice. 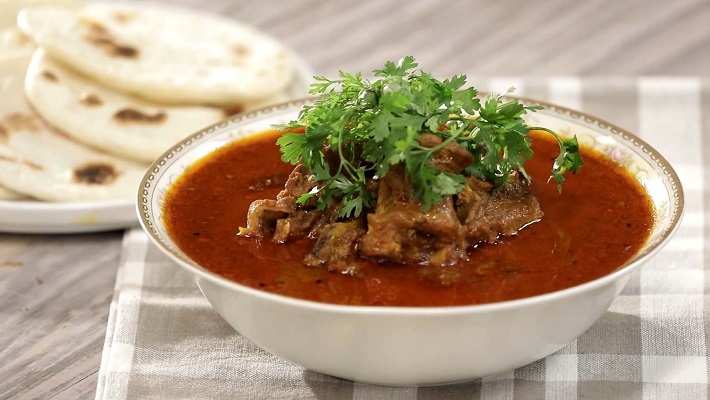 Numerous versions claim that the nihari dish was created in the royal kitchens of Lucknow, Awadh (present-day Uttar Pradesh, India), in the late 18th century, at the height of the Mughal Empire. It was designed to be eaten by working-class people as a filling, high-energy breakfast food, especially in colder locations and seasons. However, the dish subsequently rose to prominence and, for nawabs of the Mughal era, became a mainstay of their regal diet. 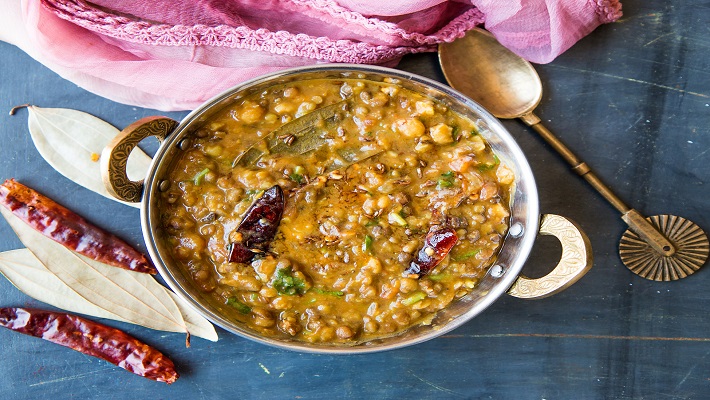 Panchmel dal is thought to have been created for the first time by Kunti and Draupadi to feed the Pandavas during their exile. This was a special dish that provided the Pandavas with a variety of nutrients and worked well. Another story, however, places the origins of this dal in King Virat's palace kitchen. According to legend, Bhim served as a cook in King Virat's court while wearing a disguise, cooking foods like aviyal. The intriguing medley of dals that he dubbed Panchratna dal came next.
Jodha Bai is credited with introducing the Panchmel dal and numerous other vegetarian meals to the Mughal court during the Medieval Era. Under Shah Jahan's rule, the Panchmel dal was given royal rank and given the name Shahi Panchmel dal. In fact, this five-combination dal won over even Aurangzeb, a devout vegetarian. For the Khansamas, who were under continual pressure to provide something for the daily royal dinners, this dal opened opportunities. 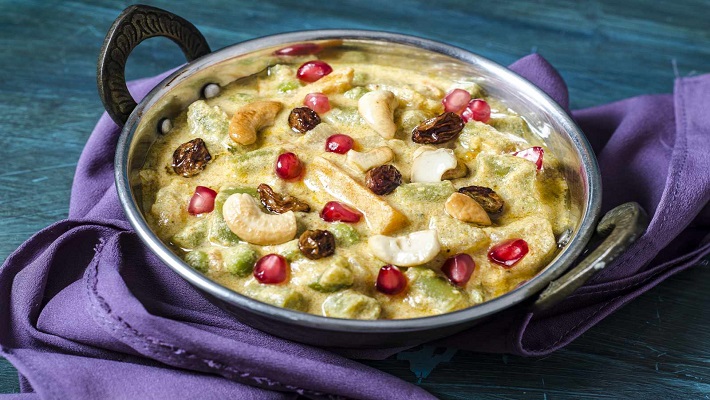 Akbar was one of the Mughal emperors who brought about a paradigm shift in India's culinary tradition. Akbar, one of the very few Mughal emperors who was tolerant of Hindus and other religions, assembled a tribunal of nine courtiers whom he referred to as the "nine gems" or "Navratan." The Mughal ruler instructed his khaansamas to prepare a vegetarian dish with authentic Mughlai flavors that he could serve to the Hindu kings who were also vegetarians and gave the dish their names—the nine courtiers. Rich nuts, vegetables, and fruits were used instead of meat by the khaansamas, who prepared it in the dum pukht manner. 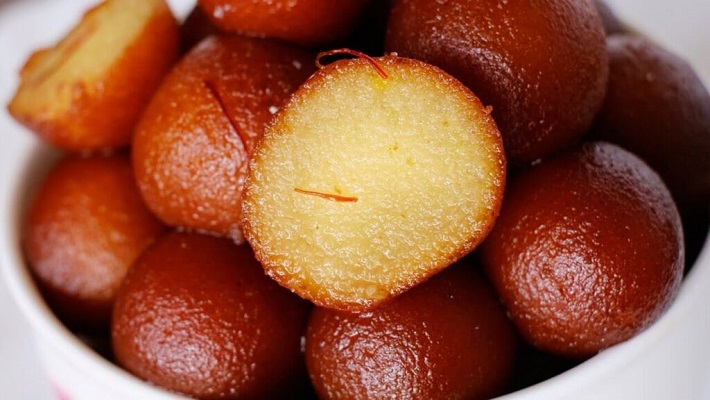 You'll be surprised to learn that your favorite sweet delicacy, gulab jamun, actually comes from Persia. Gulab jamun is thought to have originated in India, maybe around the Medieval Era. The Arabic dessert Luqmat-Al-Qadi, which was brought to India by the Mughal rulers, is extremely similar to this delicacy. Another theory contends that Shah Jahan's personal Persian cook prepared it at initially.

The word "Gulab" is derived from the Persian words "gol" and "ab," which signified flowers and water, respectively, and referred to syrup flavored with rose water. The Hindi-Urdu word for the common Indian fruit Black Plum, which is nearly identical in size and shape, is "Jamun." So, this is how the name of your loving dish came to be.

The Origins Of Some Of India's Most Famous Dishes