Renewables: The Surface Level Solution to the Climate Crisis Conundrum

We all have heard at one point the dangers of fossil fuel burning and how it is causing damage to the environment, the dangers of crude oil and how it will spell the destruction of nature and whatnot, we also heard how renewable energy is the panacea to our crisis and how the world will usher in an immaculate era with 100% adoption of renewable energy. The chaos caused by non-renewable energy can be offset by the adoption of renewable energy like solar, wind and various mainstream renewable sources of energy. It is a prima facie logical conclusion, but upon critical analysis and thinking, it is not as easy as it sounds. In this writing, we will scratch the surface of this dilemma.

The Bounty of Earth

With active efforts to counteract climate change lot of Industries have boomed particularly electric vehicles (popularly known as EVs), dominating the forefront. It sounds ideal, zero emissions, you can save fuel in the long run and all it takes is an EV charger to charge your car battery, but what often gets overlooked is the key elements of the battery, Lithium and Cobalt. These Elements are found underneath the earth so harvesting it all is a challenge, & here lies the devil, extracting Lithium from the earth requires large-scale mining operation which decimates the land in acres and leaves the land devoid of life after mining is complete, a lot of beautiful lands lush with forests and mountains have been destroyed and will continue to do so as the demand increases. Cobalt is a metal with good thermal properties and is mainly found in Central Africa, It is also the same here, decimated lands, artisanal miners living in abject poverty stripped of labour protections, and the disposal of non-functional Li-ion(Lithium-ion) batteries has its own tale to tell.

The Radiance of the Sun

As we all have learnt in school, the sun is the main source of energy on earth and we are wasting it. So the simplest solution to this was to use solar energy with solar cells/solar panels as the medium. It can help you reduce your bills, and gives you the self-important feeling that you have done your part to save the environment. One question that always gets overlooked is “How are solar panels made?” solar cells are made of dangerous metals like gallium and arsenide which are dangerous to the environment, and these are disposed of without proper care which is mixing in landfills and water bodies which in turn is deteriorating the human health.

Solar panels have an average life of 40 years, so why does no one use them for that entire duration? The answer is development, every year more and more efficient solar panels are coming into the market which prompts people to replace their existing solar panels and dispose of them in the trash. We have no means of safely disposing of electronic goods, so all this is piling up in landfills of developing third-world countries. These are often burnt along with other garbage releasing dangerous gases into the atmosphere.

And most critical yet common of all, the Sun isn’t omnipresent, you can’t use solar energy all the time, and even if there was a battery infrastructure in place it would just add more quantities of toxic waste when it's due.

And if this were to be done on a mass production level, it would require a vast amount of land, this would lead to clearing out ecosystems which might already be inhabited by organisms unique to that area and making it a flat land devoid of life just to install the infrastructure. 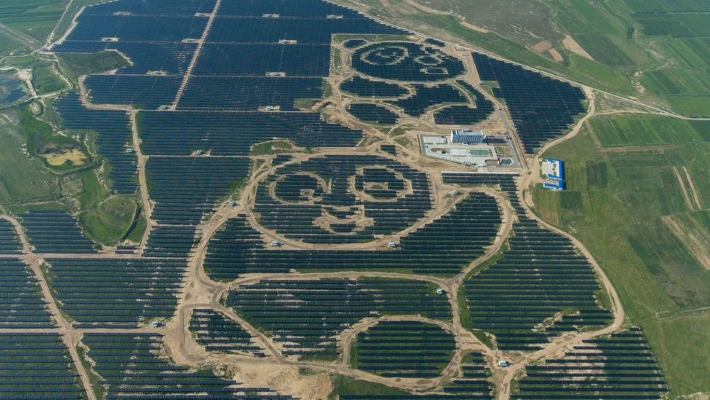 The Winds of Change

Wind Turbines, which are often aptly confused for windmills have their own pros and cons. Wind turbines tower over several hundred feet and weigh around a mammoth 300 tons. They rely on the wind to rotate and use the rotational power to generate electricity, like solar power, the wind isn’t omnipresent, this too requires clearance on large amounts of land which houses various organisms, one has to consider, “Are we getting the energy we invested in infrastructure back?”, The periodic maintenance on this requires individuals who are daredevils as it is that dangerous to work on those heights.

According to the American bird conservatory, in USA approximately 1.17 million birds are killed each year by wind turbines, these numbers can be even higher if global bird fatalities are taken into account, predatory birds are already endangered and this is aiding them in lowering their numbers faster. The additional problem of wind turbines is their installation in remote locations, if they are installed in remote locations; they’ll need power lines installed at the station which further adds to more land requirements and clearance of said lands. 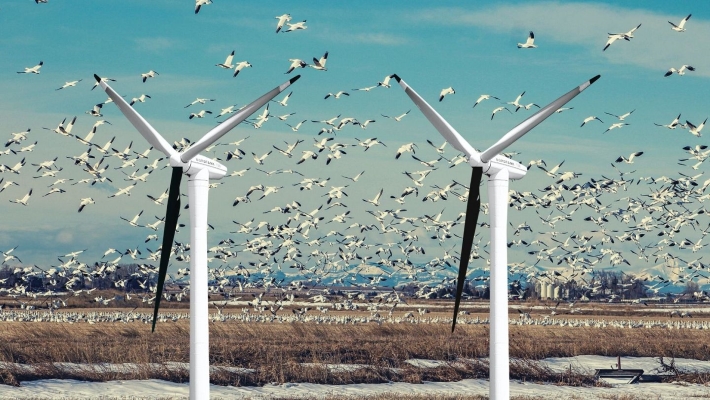 The cost of transition from non-renewables to renewables is expensive if it has to be implemented on a large scale and this would place a burden on the already struggling taxpayers in a lot of impoverished countries. We already are seeing the current energy crisis in Europe and renewable is not helping them avert their predicament. Supplying electricity to a large population is already a challenge and renewables will only serve as an obstacle to this. It feels as if in our panic to avert harming nature, we are actually harming it more as a response. We need to stop thinking at surface levels and think deeper and have a dialogue on this. We need to understand that no matter what we do or create, it is all sourced from the earth, just because we can’t see the end damage doesn’t mean it isn’t there, it is just away from our view. We need to spend more on innovating and refining already existing infrastructure to have reduced carbon emissions; innovation is cheaper compared to installing new infrastructures en masse. We shouldn’t have to build a utopian future on the foundation of exploitation and abuse of fellow living creatures.