Mental Health - The Next Pandemic? 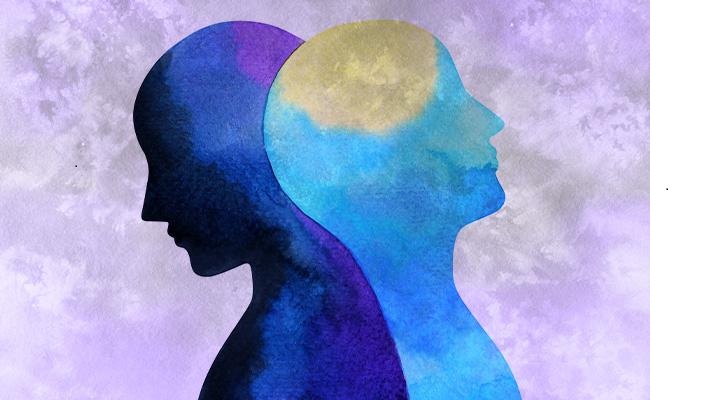 Our emotional, psychological, and social well-being are parts of our mental well-being. It also has an effect on how we handle stress, communicate with others, and make choices. Mental health is essential at any stage of life, including childhood, adolescence, and adulthood.

Mental disorder continues to be stigmatized and misunderstood in our culture today, and this must change. When faced with a person suffering from a physical disorder, we tend to care about them in ways that we wouldn't even consider when dealing with someone suffering from a mental illness. We assist the individual in receiving medication, providing support, being a listening ear, and, most importantly, treating their condition with the dignity, gravity, and credibility it deserves. Why don't we have the same standard of treatment to those suffering from mental illness?

Mental disorder is often seen as an explanation for inappropriate behaviour. We are hesitant to include justifications for people's decisions and we want them to be kept accountable when they do something wrong. When anyone engages in heinous acts, we get enraged and demand that they pay. We like to think they knew what they were doing was wrong. We find it difficult to believe that certain individuals are really out of control of their behaviour.

People experience mental health disorders for a variety of factors, and evidence shows that many overlapping mechanisms exist. Genetics, evolution, diet, stressful life experiences, and environmental deprivation will all have an effect. However, regardless of the cause, mental health issues are true health issues. The stigmatization of mental disorders is not recent. People with mental illnesses have been marginalized for thousands of years. Early theories regarding the origins of mental illness, such as demonic possession, sorcery, a deity's wrath, or moral punishment, elicited terror, mistrust, and prejudice.

The COVID-19 pandemic and the ensuing economic downturn have had a detrimental impact on many people's mental health and raised additional challenges for those who still suffer from mental disease or drug abuse problems. About 4 out of 10 adults have recorded anxiety or depressive symptoms since the pandemic. WHO also reports that approximately 7.5% of Indians have mental disease and expects that approximately 20 percent of India may have mental health problems. According to statistics, 56 million Indians suffer from depression, with another 38 million suffering from anxiety disorders. Suicide has exceeded maternal mortality as the leading cause of death among women and teenage girls aged 15 to 19 years in India, which accounts for 36.6 percent of all suicides worldwide.

Although maintaining our mental health should always be a focus, the present global pandemic necessitates a greater focus on mental and emotional well-being. The widespread dissemination of the COVID-19 virus has resulted in unusual circumstances, such as social isolation, lockout, and quarantine, to name a few. Our mental wellbeing has suffered as a result of these scenarios, as well as the depression brought about by the illness. Despite the fact that countries are loosening limits on travel, meetings, and public spaces, people are still subjected to a great deal of pressure. It's normal to feel alone, nervous, and unsure at these moments. Individually, though, there are actions we should take to reduce anxiety.

The lack of understanding and sensitivity about the subject is the primary cause for India's mental health decline. There is a lot of shame attached to people who have mental health problems. They are sometimes labelled as "lunatics" by society. As a result, the patients are trapped in a vicious circle of guilt, misery, and loneliness. In addition, India has a severe lack of mental health professionals. According to the World Health Organization, India had 301 psychiatrists and 00.47 psychologists for every 100,000 patients suffering from mental illness in 2012. These problems are exacerbating the problem's severity and need urgent attention.

The first step in making and keeping well is always seeking support, but it can be difficult to know where to begin or who to talk to. It's normal to be uncertain of yourself and wonder if you can try to do things on your own. So it's never a bad idea to get treatment, even though you're not convinced you're having a mental health crisis. It's not always easy to seek support, particularly when you're not feeling well. It will take some time and may not be easy. However, keep in mind that you are not alone and that you are entitled to help. Whether you're having trouble getting access to these facilities, or whether you've tried them and aren't sure what to do next.